A lot of animals have made their mark on history, and here are some of the famous animals you will see in this gallery. A lot of animals have made their mark on history, and here are some of the famous animals you will see in this gallery. Animals are always recognized as faithful partners to humans, especially dogs, cats, horses etc. However, they need a lot of care and love too. Along with proper food and care, there are certain medications also required fro time to time to deal with various issues. One such thing is CBD oil. Check this link to get more information about this. Jumbo the Elephant was considered the first animal superstar, and the first live elephant to be brought to Europe. He was the biggest elephant in captivity, reaching 13 feet high and weighing six tons. Because of this American showman P.T. Barnum bought Jumbo to become part of his circus, to the consternation of the British who even wrote to Queen Victoria to intervene this matter. The all-time most famous dog we know of was Laika, the Soviet space dog, the first animal to orbit Earth. A stray dog found in the streets of Moscow in 1957, Laika was picked up along with two other strays for the Soviet space program.

After training, Laika was chosen as the dog that will fly into space aboard Sputnik 2.
Things went well at first, but back in those days the returning mechanism hadn’t been invented developed yet so returning her to Earth had real issues.

Soviet officials announced that Laika was euthanized prior to the oxygen depletion on the sixth day of orbit. However, the truth came out only in 2002 — Laika died only a few hours after launch because of overheating.

As a tribute to her accomplishments, in 2008 a monument to Laika has been raised near the military research facility where she trained. 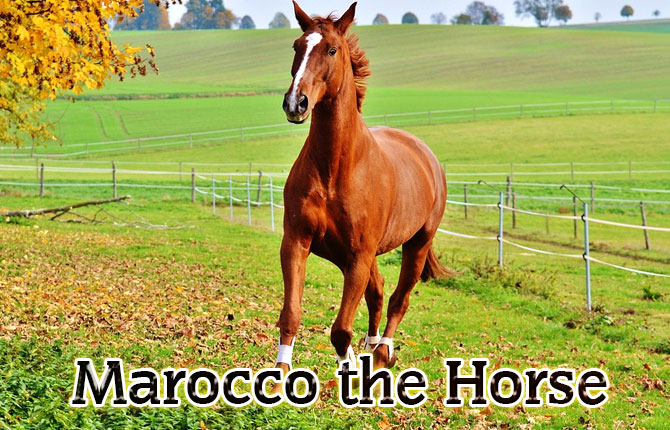 Marocco the Horse existed during the Elizabethan era. He had many talents that included dancing on two or all four feet, counting coins, and bowing to the Queen when needed. Marocco was even a hailed as a psychic, but that ability nearly cost him his life when he and his human were accused of witchcraft and sentenced to death. But the judge was moved when Marocco knelt in front of him to plead for his master’s life, and both were saved from certain execution. Moko the Dolphin saved two pygmy sperm whales from beaching themselves (and also their possible deaths). Moko swam towards the whales and somehow coaxed them out from swimming to the shore.

In 1962 a mongoose named Mr. Magoo faced being euthanized or deportation to his native land India. By the way, the mongoose is a prohibited animal in the US (except Hawaii), as it has the tendency to breed prolifically. He had been given to the zoo by a foreign seaman in the Minnesota port of Duluth.

However, a public outcry intervened that resulted into Mr. Magoo being given a pardon. He lived out the rest of his days in Duluth Zoo until he died of old age in 1968. Punxsutawney Phil the groundhog has been famous for predicting the weather in Gobbler’s Knob since 1886. It is quite hard to believe that a lot of people still see him as the same groundhog, as groundhogs live up to only ten years. Bears are known to attack people. But in this case of California hiker Robert Briggs, they didn’t eat him; instead, they even saved his life.

He was hiking at the Whiskey Flats when suddenly a lion jumped on and attacked him. The bears (whom Briggs had earlier seen drinking near the stream) came to his rescue and battled the lion, thus saving his life. That’s the ultimate “cat”-scan! Wendy Humphry’s 10-month old cat began to make a fuss at her breast by jumping on it, which prompted her to see a doctor. She later found out that she had a malignant tumor in her breast that would spread to other parts of her body if not treated.

More than 70 therapy dogs have been doing service in Newtown, Connecticut to help cope with the Sandy Hook elementary school shooting on December 14, 2012. This proves that dogs are more than just a playmate; they are also known to give us comfort in times of tragedy. A babysitter left her 2-year-old ward for a while to go to the bathroom. The child’s pet parrot began squawking, “mama baby” a lot of times. This prompted the babysitter to rush to the baby, who was actually choking. She was able to save the child in time, thanks to the parrot’s squawking alert. Cher Ami was one of the 600 pigeons donated to the US Army Corps in France by the British breeders so that the former could breed them for messaging responsibilities. Her final mission took place during the Battle of Argonne on October 3, 1918. The corps, trapped without food or ammunition, were beginning to be hit by friendly fires from their allies who didn’t know their location. Major Charles Whittlesey, the officer in charge, dispatched the pigeon with a note which told them to stop the firing.

On her way to deliver her message, Cher Ami was eventually shot but managed to fly again. Her chest became badly wounded, her one eye became blind, and one of her legs was now left hanging. Despite that, she managed to deliver the message which helped save the lives of 194 survivors. Since Cher Ami lost her leg, army medics carved a wooden leg for her. Sadly, she died a year later. Elsa the lioness first caught the world’s attention through the book Born Free, wrote by naturalist Joy Adamson who raised her. Adamson’s husband George was forced to kill Elsa’s mother who attempted to attack him. The Adamsons took the cub Elsa and her siblings in. They decided to keep and raise Elsa while sending the other cubs to a zoo.

Growing up, Elsa behaved in most ways a domesticated pet. But Joy was determined to give Elsa the life in the wild. Joy’s efforts eventually paid off.

Elsa, by now having adjusted life in the wild, went on to have three cubs of her own. Sadly, she died at the age of five due to a tick-borne disease called Babesia. Ham the Chimp was the first hominid and chimpanzee to fly into space, in 1961. After training, Ham (named after the Holloman Aerospace Medical Centre) was selected by NASA to be flown into space as part of the Project Mercury space program. His flight was short but successful, managing to travel 155 miles in 16.5 minutes. After his space mission, Ham went on to live out the rest of his days until he died in 1983.