Guinea pigs are one of the most popular rodents that are kept as pets. They are funny, innocent and cute little creatures. They can be very affectionate once they get to know their owners. If you own a guinea pig, you might know about their likes, dislikes, and personality. But how much do you really know about them? Let’s see! Following are some interesting facts about your little buddies, check if you already know about them all: 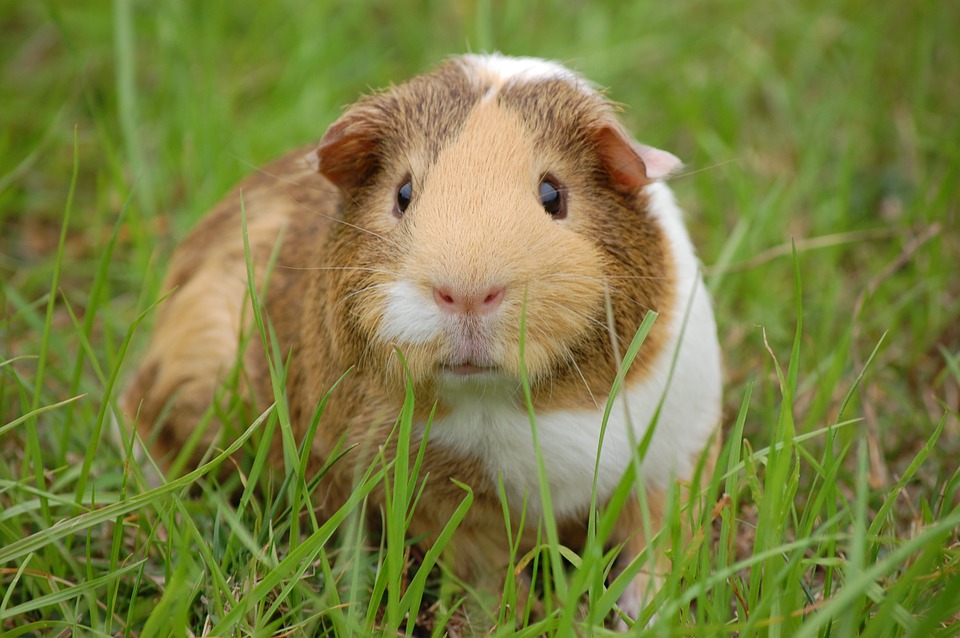 1. Guinea Pigs Squeak to Get Attention of Their Owners When They Are Nearby

You’d think that guinea pigs are incapable of emotion? They would sometimes act like dogs who would do anything to get their master’s attention.

Some guinea pigs can even live up to fourteen or fifteen years.

That’s why when you decide to breed your pet guinea pigs; you might as well do it during the summer months. Gestation is about nine weeks, which is pretty long compared to that of other rodents.

4. A Baby Guinea Pig is Called A Pup

5. Pregnancy Period of a Female Guinea Pig is around 70 Days Only

Pregnancy is hard work for a guinea pig. She may carry several pups (usually one to six babies) for about 58 to 73 days.

6. Guinea Pigs Are Extremely Easy to Handle as They Are Very Tame

Unlike many other pet rodents (like hamsters) that can be too frisky when handled, you can hold and handle a guinea pig with confidence. Still, exercise care when holding the animal — remember, it is not a toy to play with.

7. Guinea Pigs Are Not Actually Pigs; They Are Rodents

They are called “pigs” for unknown reasons, but some people point out that their stout bodies and grunts are similar to those of a pig.

8. Guinea Pigs Are Vegetarians and Love Green Grass and Vegetables

The guinea pigs’ molars are especially suited for grinding grass and other plants. Give them a fresh grass hay every day, as well as other fruits and vegetables like broccoli, apple, cabbage, carrots, and commercially-made pellets

9. Guinea Pigs Have A Total Of 258 Bones in Their Body

Guinea pigs have a total of 258 bones in their body. Despite that, they cannot land quite well or jump. If a guinea pig falls, it will most likely end up with an injured leg. That’s why if you want to handle your pet guinea pig, do it carefully.

“Guinea pig” is a misnomer — it never came from Guinea, nor it is a pig. It is a tailless type of rodent and is native to the Andes mountains in Peru. That’s why guinea pigs play an important cultural part of the Indian people in the Andes, as they are not only a source of food but also a source of medicine. The indigenous groups also take guinea pigs in their religious ceremonies.

11. Guinea Pigs Go Around in Herds When They Live in The Wild

12. Guinea Pigs Love to Be Held as They Love Contact

13. Guinea Pigs Are Very Social and Love the Company of Others, Including Animals and Humans

As said before, guinea pigs are considered more outgoing than other rodents. They usually get along well with other guinea pigs and even other pet animals and humans.

When you decide to buy a guinea pig, get at least one or two more guinea pigs so that it can have a company. In Switzerland, it is illegal to own only one guinea pig because it can harm its well-being as well as lead to loneliness.

Guinea pigs will eat all day and night. It’s largely because of their teeth — like most rodents, guinea pigs have teeth that will keep on growing throughout their whole lives. And because their teeth won’t stop growing, guinea pigs tend to chew and gnaw every single day. You may even find them gnawing on a carton!

Just like humans, guinea pigs cannot make their own vitamin C. They need to get vitamin C from their diet. If they don’t get a sufficient amount of it, they might develop scurvy that causes numerous problems, including loss of appetite, swollen joints, lethargy, skin and fur problems, and more.

16. Guinea Pigs Eat Their Own Feces (some of them)

This might sound disgusting, but this coprophagy is essential to guinea pig’s health – if the guinea pigs don’t eat some of their feces (cecotropes or cecals) regularly, they might fell ill.

17. There Are Three Types of Guinea Pigs

18. American Guinea Pig is Considered Ideal as A Pet

This is because the American guinea pig is one of the oldest breeds of guinea pigs, and as they are commonly found and have short, smooth fur, they are considered ideal as a pet, especially for children.

19. Guinea Pigs Show When They Are Happy

When happy, guinea pigs jump straight up and down in the air just like the kernels pop when heated. This is referred to as “popcorning”.

20. Flash Was the Fastest Guinea Pig in The World

The fastest guinea pig named flash ran about 10 meters in just 8.81 seconds on July 27, 2009, in the UK – making to the Guinness Book Of World Records.

Here are some more interesting facts

Are you considering to bring home a cute little Guinea pig as a pet? We recommend you to read this book by Immanuel Birmelin “Guinea Pigs (A Complete Pet Owner’s Manual)” before getting yourself a pet guinea pig. This amazing book will help you a lot as it contains useful information on keeping healthy guinea pigs as household pets.