The most stressful job in the world is probably being the president of the United States. Endearing and amusing companions like pets could greatly help the President relax and de-stress. Over the course of the White House’s history, over 200 pets have lived inside the presidential mansion, but there are only some who became the center of the public’s attention. Fala was Franklin D. Roosevelt’s beloved black Scottie. Given as a Christmas gift to the president by his distant cousin, the dog became the president’s constant companion going almost everywhere he went. Because of that, Fala was present at some of the historic events in US history. He also became the subject of two MGM films and became so recognizable that whenever he was seen by the public, they knew that the president was just nearby. As a testimony to his role played in the president’s life, he was featured on a statue alongside Roosevelt’s at the Franklin Delano Roosevelt Memorial in Washington, D.C. Bill Clinton’s tabby cat Socks entered the White House during his master’s first years in office. The Clintons eventually decided to adopt Buddy, a Labrador retriever, but the two animals did not get along. Hillary Clinton said Socks hated Buddy at first sight and seemed to find him intolerable, so the White House had to keep them away from each other at all times to avoid tension between the two. Buddy, in turn, won the hearts of many pet lovers in the country. He was a friend of Clinton during his tumultuous second term. At the end of Clinton’s term, Socks was given to his secretary. Hillary published a book of children’s letters to the two of them and proceeds of it went to the National Park Foundation. 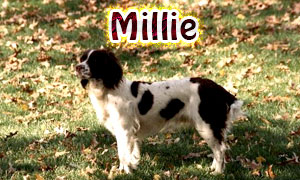 George Bush took his pet Millie, an English springer spaniel, to the White House when he took office. Millie became a famous White House pet and won the hearts of the people of the nation, as she inspired the First Lady to write Millie’s Book: As Dictated to Barbara Bush. The book reached the #1 New York Times bestseller spot in non-fiction and earned $900,000 in royalties, which was donated to the Barbara Bush Foundation for Family Literacy. Next, to the purple dinosaur, George W. Bush’s Scottish terrier is probably the second most popular Barney. This dog wandered through the White House to record films in a dog’s eye view through a small camera attached to his collar. Most notably, Barney was the main star of the White House’s Christmas videos every year during Bush’s term. Lyndon Johnson loved to sing in the Oval Office with his beloved Yuki, a mixed breed dog found by his daughter at a gas station in Texas. Among his dogs, Yuki was probably his most beloved, as he reportedly slept with him in the president’s bedroom and recorded a vinyl featuring his singing with the canine. Herbert Hoover lacked charisma according to the masses, but when he used his happy and amiable photo with his Belgian shepherd King Tut as a campaign material, he gained appeal and was elected president with an overwhelming majority of votes. The dog not only fix Hoover’s image problem; he also helped the White House police force as a patrol dog. However, King Tut’s job as a dog protecting the White House became too stressful for him, as it was the time when America was sent into the Great Depression. He was the presidential dog who fell sick due to anxiety and worried himself to death. Billy the presidential pygmy hippopotamus was the main attraction at Calvin Coolidge’s personal zoo. The president received the hippo as a gift from the founder of Firestone Tire and Rubber Company. Eventually, Billy was donated to the Smithsonian National Zoological Park, and at that time, pygmy hippos were a rare find in the US. The hippo sired 23 children, and many of his descendants can be found in American zoos today.

Odd as it may seem, there are presidents who housed exotic animals like alligators in the presidential mansion. John Quincy Adams received an alligator as a gift from Marquis de Lafayette and placed it in the bathroom in the East Room of the White house. Reportedly, the president enjoyed scaring his guests with the gator. Herbert Hoover also followed suit as he allowed a pair of gators owned by his son to roam around White House grounds.