Dogs are your best companions — they’re with you almost all the time, indoors and outdoors. So what more could you possibly want to know about Buddy or Bella? A lot, lot more! These interesting and fascinating facts about dogs may leave you surprised and appreciate your pet more for certain. A dog’s eye has a unique membrane called “tapetum lucidum,” which helps your dog to see in the dark. Not just 14 times, but a total of 44 times — 35 in the Old Testament and 9 in the New Testament. You can find the doggy mentions in the Bible on the books of Proverbs, Luke, Matthew, Revelation, Philippians, Mark, 1 Samuel, 2 Samuel, Exodus, Isaiah, Jeremiah, 1 Kings, and 2 Kings. About 4.7 million Americans suffer dog bites each year, but only 15 to 30 people die from them. In the United States at least, among the most popular dog breeds in 2015 are, in that order: Labrador retriever, German shepherd, a golden retriever, bulldog, beagle, French bulldog, Yorkshire terrier, Rottweiler, and boxer. This is quite important for every pet dog owner to remember. A lot of people are led to believe that all dogs have a natural instinct for swimming. But they’re mistaken! While most dogs have a natural inclination to do the “paddle” if they happen to be in the water, it doesn’t mean they can swim or even manage to keep themselves afloat.

Not all dog breeds are born swimmers. Dogs that have water-resistant coats and webbed feet (found in most retrievers, pointers and water spaniels) are naturally adept at swimming. On the other hand, dogs like bulldogs, basset hounds, dachshunds, Maltese, and French bulldogs may do the paddle but otherwise cannot swim. Their dense structure, short legs, and health issues never make these dogs suitable for swimming, so it is best to keep them away from the deep waters as much as possible. Your pet dogs can be effective weather forecasters! If your dog is acting unusual, go pick up the umbrella or run for the shade! About 72% of pet owners believe their dogs have the ability to detect incoming bad weather. 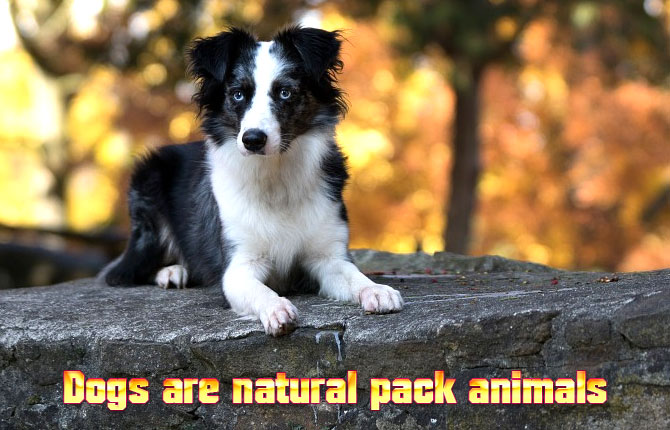 “Pack” is the name of a group of dogs, especially when they’re traveling. Dogs are quite social pack animals, as they descend from wolves. Their instinct tells them to look for and join whatever pack is closer to them. It’s the reason why dogs and humans have a relationship with each other, as both of them being social creatures. Another thing in common between dogs and humans is that both of them experience dreams in their sleep. Dogs also experience REM sleep as humans do. When your pooch twitches its face and makes some funny paw gestures while sleeping, it’s a sign that he’s dreaming. But don’t wake him up, as adorable as it seems. The appendix is reserved for herbivores/omnivores which break the down the bacteria of plant-based food like vegetables, fruits, and grains. Dogs are carnivores and therefore do not need to have an appendix inside their bodies. However, dogs do have a cecum in their bowel section, which acts like an appendix in humans and other animals. However, this is still open to debate. Some argue that dogs do have a concept of time. Some dogs who are left alone in the house for long hours would start to miss their owners. Maybe you could tell that on how much your dog missed you when you were gone by simply looking at how excited your pet is when you return home. Dogs are known to have a keen sense of smell. Some breeds have over 220 to 300 million olfactory receptors, compared to a paltry 5 million in humans. A dog’s sense of smell is his basic form of communication and has proven useful to humans. Working dogs like German shepherds have been trained as K9 units and rescue dogs as they have the superior ability to sniff anything including drugs, explosives, missing bodies, and even tumors. They include barking, howling, whining, whimpering, growling, yelping and a few others. Some dogs are even trained to speak some words! Archaeologists found an animal jawbone from a cave in Iraq. The jawbone was found to be 12,000 years old and had belonged to a domesticated dog and not a wolf, as dogs had been bred to have much bigger jaws and teeth.