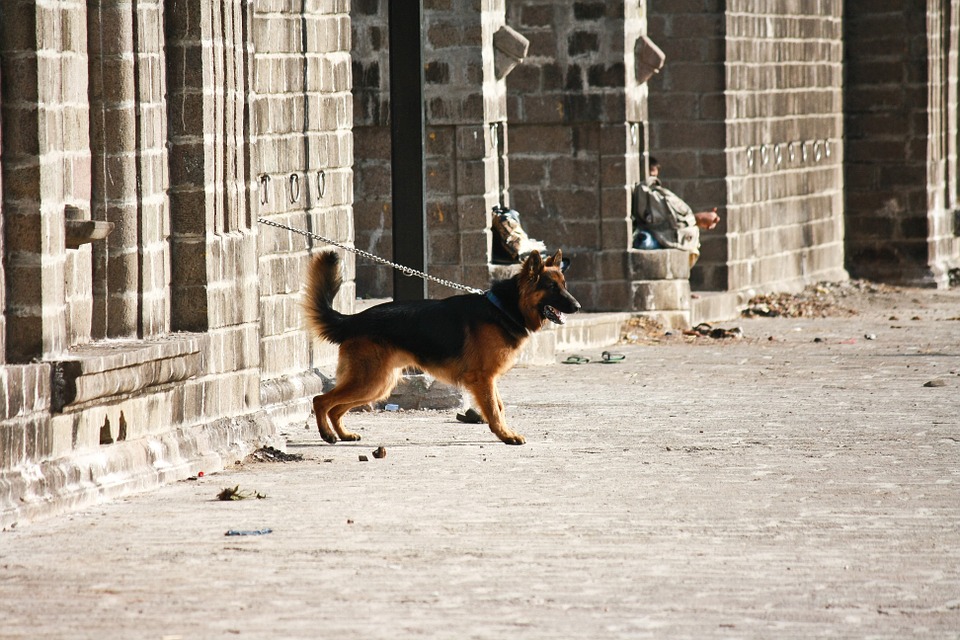 Chaining a dog outside for some people is fine because after all, dogs enjoy getting outside and having them on a leash is the only way to keep them from running away. However, even though they have good intentions behind this act, there are other people who find it not a very good idea. It’s because for them, chaining dogs outside restricts their freedom to move around which can be detrimental to a dog’s health, well-being, and their ability to properly socialize with humans and other animals. Pros of Chaining a Dog Outside

Some people chain dogs for their own safety, protection, husbandry, and socialization and for them, it comes with a lot of benefits. For them, chaining dogs outside won’t cause them any harm as long as it is done properly. Here are some of the pros of chaining a dog outside.

This is great especially if you own more than one dog at home because each of them will have their own space where they can relax without having to defend their food and any other belongings.

When your dogs are chained, you will be able to interact with each of them personally whether for grooming, feeding, training, and more. It will allow you to give each of your dogs the attention and care that they need and deserve.

When dogs are used to being chained, the possibility of fence-fighting can be eliminated. It’s because dogs can be more relaxed on a chain because their environment is more controlled and they know that no other dog can get into their space.

Cons of Chaining a Dog Outside For some people, when dogs are chained, they do not have the freedom to roam around, play, and engage in their natural behaviors which can lead to them being bored, lonely, depressed, and aggressive. Here are the cons of chaining a dog outside.

Dogs are known to be territorial animals, but when they are confined to a small space, this instinct of theirs can be enhanced. It’s because the place where they are chained suddenly becomes theirs to defend and when people try to approach them, they may become aggressive and approach them with territorial behaviors such as barking and even biting.

Based on the Humane Society of the United States, dogs which are friendly and docile, when kept continuously chained, may become neurotic, anxious, unhappy, and most of the time, aggressive.

According to many veterinarians, chains often cause neck and back injuries to dogs and if the chain gets caught on something up high, the dog can be hanged. It can also become tangled or hooked to other objects or structures which can restrict the dog’s movement and potentially cause an injury.

When dogs are chained outside, they become vulnerable to aggressive animals, venomous insects and reptiles, and extreme weather such as extreme cold, heat, rain, or even tornadoes.

Dogs can experience mental and emotional pain when they are chained outside and left alone. Therefore, when they are able to escape, they sure won’t come back just to be chained again. In fact, most of the chained dogs who have run away don’t even know their names and they do not know how to come back when called.

Most of the time, owners who chain their dogs treat these animals poorly. Some dogs that are chained outside do not have access to water which is dangerous especially during periods of extreme heat. Aside from that, since chained dogs often have neurotic behaviors, this makes them difficult to approach that’s why they are given minimal affection.

Chaining a dog outside has both positive and negative effects on our pets. If dogs are chained outside but are given the proper care and attention they need, then that can be fine. But if they are just chained and left outside without water or foods, then that’s the time that chaining a dog outside is not good.

You just have to keep in mind that dogs are living creatures and they should always be given the love and care they deserve. We hope the information we shared will be able to help you decide whether or not you should chain your dog outside.